Here’s what’s going up at Fifth and South in downtown Lafayette: A $10-million development

The city closed the parking lot on Monday to clear the way for Star City Crossing, a five-story mixed-use project expected to feature 76 apartments and 7,900-square-feet of commercial and retail space on the first floor, plus a parking facility. A timeline for the project wasn’t immediately available.

Construction of the $10.5 million project comes at a time when a city-generated study, released this summer, suggested that downtown Lafayette will need to have 550 to 800 more housing units by 2022 to meet the demands of the growing population. 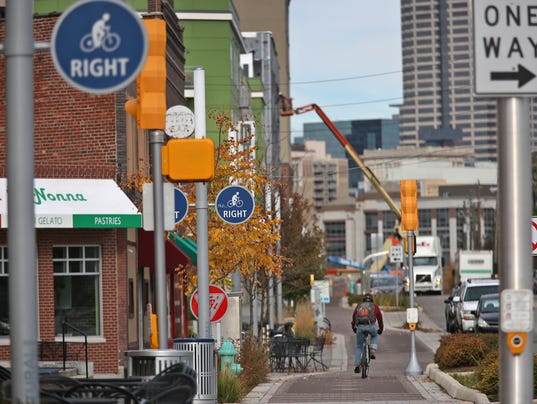 The city of Indianapolis is looking at the near-north corridor, specifically the quarter-mile radius around 22nd and Meridian streets, as a possible “village center.”

END_OF_DOCUMENT_TOKEN_TO_BE_REPLACED

Idled City Airports Are Finding a Second Life as Housing

DENVER — When excavators digging on the land that was formerly Denver’s Stapleton Airport unearthed an old Cessna, J. W. Duff, the 86-year-old owner of the J. W. Duff Aircraft Company was not surprised. “Lots of planes” were disposed of by burial when the airport was still in operation, Mr. Duff said. Finding something unexpected is just one of the many challenges of turning idled airports into something else.

Stapleton’s journey from in-town airport to one of the city’s newest planned residential communities began more than a decade ago when it was replaced by Denver International Airport, which was built 12 miles out of town in the middle of a vast prairie with no residential neighbors to be bothered by its noise. Repurposing a large civilian airfield like Stapleton had not been done before in the United States. END_OF_DOCUMENT_TOKEN_TO_BE_REPLACED